Join professional voice actor, audiobook narrator, and podcast host Mike Lenz as he shares stories from some of the most amazing and inspiring people from all areas of the voice-over industry - as well as other incredible entrepreneurs - to help inspire you to achieve your dream of becoming a professional voice actor.
RSS Feed
Mike Lenz Voice - A Journey Into Voice Acting
2022
April
March
February

Growing up in a multilingual family, Liz spent a lot of time explaining to others that "No, I don't get confused speaking several languages!"

In fact, it has been a boon to her voiceover career.

She is native and neutral in both English and French, and as such, her voiceover clients get the best of both worlds.

- The voice of your brand on TV and Radio.
- A professional voiceover for your non-broadcast narration.
- A soothing voice for your telephone/on hold messaging.

Her native/neutral delivery in both English & French will allow you to confidently target the American, Canadian, and European markets.

Contact her via email at Liz@HireLiz.com
or by phone at 973-610-2019 to discuss your project.
Check out her website at HireLiz.com

For more information about this and other episodes head over to mikelenzvoice.com.

Before Madonna sang about her virginity, when making a phone call from the road meant plunking twenty five cents into a phone booth, before Michael Jackson's first plastic surgery and back when getting "on-line" meant waiting to check-out at the grocery store, Peter K. O'Connell was (and still very much is) a professional voice-over talent.

As America's friendly, neighborhood voice-over talent, Peter's amazingly versatile vocal talent allows him to share many voice acting styles with his clients, who range from Fortune 500 Companies to companies who think $500 is a fortune. From his conversational everyman voice to his hard sell straight announcer performances, Peter's natural voice over abilities are favored by clients for commercials, narrations, e-learning, documentary, TV promo, radio imaging and live announcing. 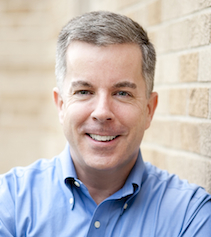 OK you're right, if you're scoring at home, Dayton, Ohio and Buffalo, New York aren't really major markets but he has spent so much time there, Peter felt they deserved a shout-out. A native of Buffalo, NY, Peter grew up in the Nickel City and still lives there today - he even worked in radio there at WLVL, for, like a week. He truly developed his broadcasting and voice-over skills in Dayton at WVUD-FM as a top rated disc jockey and then as a commercial producer for the station.

Peter produces his voice projects through his audio production company, audio'connell Voice Over Talent which is a division of O'Connell Communications, LLC. In addition to Peter's voice over work, which represents a majority of the company's production schedule, audio'connell also provides casting services for clients looking for professional female voiceover and audio production services for national and international clients. The voice over needs of foreign language clients are served through another O'Connell-owned company, International Voice Talents.

Peter has also written an e-book entitled The Voice Over Entrance Exam. The book examines the business and performance realities of becoming a voice-over talent and maintaining a career among a spirited field of established voiceover professionals. Sometimes, when he's feeling very "authory", Peter wears an ascot around his house - it's very obnoxious.

After years of giving away his hard earned knowledge about everything voice over, Peter decided he should be getting PAID for it so he started audio'connell's Voice Over Workshop. In private one-on-one voiceover sessions in his studio or via Skype, Peter teaches new and experienced voice talents what he's learned after nearly 30 years in the voice over business and critical stuff voice actors need to know to get paid voice jobs.

He received his Bachelor of Arts degree in Radio and Television Communication from the University of Dayton (OH) - no one is quite sure how - nonetheless the official diploma can be found somewhere in his Buffalo, NY home where he lives with his wife and children.

Thank you for reading all the way to this point in Peter's biography but now you really need to get away from the screen and go do something more productive - even basketweaving would have been a better use of your time that reading all this, but thanks anyway.

For more information about this and other episodes, head over to mikelenzvoice.com.

Dave Courvoisier, author of More Than Just a Voice: The REAL Secret to Voiceover Success, is a highly successful long-time TV news anchor in one of America's most high-profile cities (Las Vegas). But he is also a busy voice-actor! He speaks and writes prodigiously for the voice-acting community, blogging for "Voice Acting in Vegas," the popular blog on his Courvo.com website.

Among his myriad of achievements, Dave is proud to count several Emmys to his credit. He administers many online VO communities and forums, and as the Vice President of the Executive Board of World-Voices Organization, helps oversee the voice-over community's only Industry Trade Association. He has earned national respect for his work helping the plight of disadvantaged children through his weekly "Wednesday's Child" reports.

For more info about this and other podcast episodes head over to mikelenzvoic.com.

Join Mike Lenz as he interviews Melissa Exelberth.  Melissa is a NYC based voice talent and narrator, working globally from her ISDN equipped studios (one for each side of the Hudson) for broadcast & entertainment, commercials, promo, narration, film, documentary, multinational corporate communications, information driven programming, corporate branding, character roles, sizzle reels & storyboards, animation, book trailers, videogames and more – not only in English but in fluent Spanish as well.

With a background in TV and film distribution, production, post-production and news having taken her to different parts of the world – giving her the chance to meet fascinating people – she gest the big picture and bigger story and bring that to her voiceover work every day.

Gor more info on this and other episodes, head over to mikelenzvoice.com.